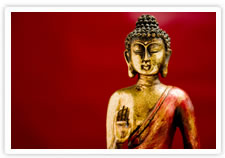 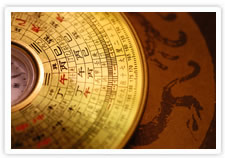 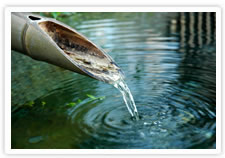 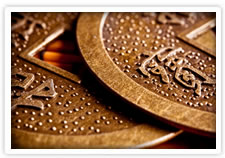 A few months ago I was contacted by Bonnie Cleaver of Good Health Magazine to share my knowledge on how people can boost their prosperity using general feng shui and space clearing principles.

The article Feng Shui for Wealth is out now in October's edition of Good Health Magazine (p.180) - Stephanie Rice is on the cover. As it is not the magazine's policy to print my business name, they have used my personal name Carol Partridge.

Click on Feng Shui for Wealth to read the article

I love conducting space clearings for people, especially when a ghost is involved. Most people ask me 'do you get scared?'  No, because I understand that ghosts or spirits are just confused earth bound spirits.  I consider it a great honour to be able to help them cross over.  Sometimes the spirit is attached to an object, a person, or the building (home or business).

I remember a lovely young mother who I shall call Vanessa (all names in this article have been changed to protect my clients' privacy).  In the past year, she had been having terrible problems with her teenage daughter.  Her daughter had publicly announced on social media sites how much she hated her.  I dowsed and found out a troubled male teenage spirit had been hanging around her daughter causing trouble.  After I conducted a space clearing, she had no further problems with her daughter, besides the usual teenage frustrations.

I was asked to do a space clearing at Gemma's home.  She was deeply concerned because her 5 year old son would say 'I don't mean to do bad things Mummy, but the voice tells me to be bad!' The night before I was to conduct the space clearing, I had a dream about a man welcoming me into his home for a party, and then at the end of the night he walked me to my car.  In the dream, I thought 'I'd better go home now as I have a space clearing to do!' When I entered Gemma's home the next day, I saw a photo of her husband and immediately recognised him as the man in my dream.  I told Gemma about the dream, and that I considered it was a very good sign to be welcomed into the home by her husband.  As it turned out, it was Gemma's husband who asked her to get me in to do the space clearing, 'but don't tell anyone' he said!  He was also concerned about the footsteps he heard on the stairs in the middle of the night when no-one was there.

I found there was a male child spirit influencing her son, and also some negative energy attached to an old chest of drawers located in his bedroom.  After my space clearing, Gemma's son no longer talks about hearing voices, and the footsteps in the middle of the night are gone.

Laura contacted me because she was exhausted and at her wits end.  Her two children were terrified to sleep alone in their bedrooms.  Around 4am, they would wake up terrified and ask Laura to sleep with them.  One night when her husband got a little tipsy, he admitted he was scared to be alone upstairs too.  A few days before my visit, I saw a vision of an old man, very skinny, black hair, wearing a tartan dressing gown.  I gave Laura a call and asked her if she knew, or could find out, if an old man had owned the home.  As soon as I mentioned by vision, she said most of the surrounding homes contained old men living on their own.  She felt my vision fitted her profile and further investigation was not necessary.

On the day of the space clearing, Laura told me her son talked about 'the spaghetti man who came through the walls at night!'  Laura felt my description of a 'skinny old man' was spot on.  During the clearing, I found out the spirit was unaware he was scaring the family and was quite happy to move to the other side when I told him friends and family would be waiting.  To help build the children's confidence, I made protection pouches filled with sacred herbs which the children could keep beside their bed at night.

I find this work so rewarding! I feel privileged to be used as an instrument to bring peace to children and parents and to help spirits cross over.  I must admit I often get very emotional (and a little teary) when I feel the spirit is ready to journey to a happier place. I have many more wonderful stories to share with you, but until then, if you would like to book my services for a space clearing at your home or business, visit my Space Clearing page for more information.

Due to requests from my Australian newsletter subscribers, I would like to give a little insight into this talented and troubled young man.  For overseas subscribers, Ben Cousins was one of Australia's brightest young AFL football players. Ben's career fell apart due to addiction to illegal substances.  In late August 2010, a controversial and revealing series was shown on Australian TV following this young man's struggle with drugs, fame and football hierarchy.

When you look at Ben Cousins' chart, you can see his story reflected in his Chinese 4 Pillars Chart.  I will give a brief analysis of what I found using simple terminology, to give you a feel of Ben's charms and challenges. Ben was born on 30 June, 1978. Unfortunately, I was not able to find his time of birth, so his four pillars analysis is somewhat incomplete.

Ben is Yin Water, which means he can seem quite gentle on the outside, but underneath he can be determined and tenacious achieving his goals. Water people are generally quite restrained and secretive. Water people are not likely to cry on people's shoulder, or show their real emotions to anyone and everyone, which was quite evident in 'Such Is Life'.  Ben has no expression element (wood). Without it, his chart is like a pressure cooker with no outlet valve, the substance abuse became his way to 'let off steam'. Expression element allows us to say how we feel, share our hopes and dreams and create our dreams ... this element is missing in Ben's chart, so again we see it is not easy for him to reveal all.  Power element is very strong in his chart. Power element drives us, but excessive power can make Ben feel stressed and under pressure. Until I have his time of birth, it would appear he has no foundation element (metal) which is important because it relates to our foundations and our ability to stay grounded and steady during difficult times.

As you can see above, Ben has two fire Horses in his chart. Imagine a young racehorse at the peak of its physical condition.  They are a perfect example of speed and strength, and yet they become so highly strung, the slightest thing can set them off. Horses will often injure themselves trying to get out of the stable, or kill themselves trying to get over a fence if something spooks them. Symbolically, I see Ben as that young racehorse, the young stallion strutting round the field, ready to jump the fence at any moment and run wild. Strong Fire in his chart gives Ben charisma and passion, but when unbalanced can lead to depression, anxiety, insomnia ... a disturbed person. When you light a fire it will consume everything in its path if given enough space and fuel, which is what happened Ben's week long benders.  His chart suggests Ben has hyperactive tendencies, so I feel his addiction to drugs was initially fueled by his need to relax and switch off. He sits on a Travel Star, which is another indicator he would always be restless, needing movement, travel and variety.

Ben sits on a Heaven Star of Virtue which gives him more success, charisma and leadership skills. Perhaps he may use his leadership qualities one day to coach kids on the negative impact of drugs. Ben has two Romance Flowers making him attractive to the opposite sex. His chart shows power and fame comes to him without effort, so he would be quite surprised by all the fuss, hype and media attention he receives. This year Ben has a harmony combination with the Tiger year, and this combination creates more Fire. Fire in Ben's chart relates to money, so he will no doubt get well paid from his TV series 'Such is Life'.  His strong fire and Heaven Star of Virtue all give him the charisma and charm to continue to do well in the public eye such as television, film etc.

Next year, the year of the Rabbit (from Feb 4) will be a good year for Ben. His Romance Flower appears, so he may meet a special lady in December this year or early next year. The year of the Rabbit also brings his Nobleman, someone who will help him. That person may help in in his new career, or help him find a new direction, or perhaps the new girlfriend will help him in some way. His Academic Star appears also, which will spur him on to study, learn something new, or to seek greater understanding of himself.

I wish Ben Cousins well on his life journey. He does not have an easy chart! It will take time and greater understanding of his strengths and weaknesses to balance his life and tap into his true power.  I believe his early 40's will be a time of greater harmony.  He may even move overseas, or away from his family (interstate) permanently around that time too.

I hope you enjoyed my Newsletter! If you have any questions, please do not hesitate to contact Carol. For daily feng shui tips and inspiration, follow me on Twitter. I have also set up Feng Shui Forum on Facebook to answer general questions you or your friends may have about all things esoteric. Not sure what to expect from a qualified feng shui consultant during a feng shui consultation? Read my handy information page feng shui consultant.

May the Spirit of Prosperity bring you blessings and bliss, Carol G Partridge